Plans to make seniors climb stairs to their first-floor apartments in Blenheim could leave them “trapped in their homes”, says a councillor and mobility advocate.

But her colleagues have warned against stereotyping seniors, some of whom are “fit”, with a 72-year-old councillor saying he would quite happily “run up and down stairs”.

Councillor Jenny Andrews said at a committee meeting last week she had “serious concerns” with plans to put down a dozen one-bedroom units on George St, six of which were upstairs.

Andrews said the average senior housing applicant was 73-years-old and, once allocated a unit, rented for more than five years, “pushing them up to the 80-years mark”.

READ MORE:
The Squeeze: Flats for seniors to bolster Blenheim's social housing stock
Blenheim's council flats are getting sheds for pensioners to park their rides in
Could selling pensioner flats open up Marlborough's rental market?

“To me, having stairs instead of an elevator makes no sense and will cause us to retrofit the complex at some stage … I ask: Is it not common sense to build it now?”

She said rubbish chutes had been included so first-floor tenants did not need to take heavy items downstairs, but there was nothing to move heavy items up.

“Many of our seniors are frail and their physical and personal circumstances can change overnight … leaving them vulnerable and trapped in their homes,” she said.

“Seniors won’t go out if they can't get down the stairs.”

Andrews asked for the housing for seniors sub-committee, which oversaw the council’s senior housing portfolio, to go back to the drawing board. Her suggestion was backed by councillor Thelma Sowman.

Deputy Mayor Nadine Taylor said the six first-floor units (one up from the ground floor) were a “realistic addition” to the council’s senior housing portfolio. It owned 174 units in Marlborough, most of which had been built in the 1960s and 1970s.

“I think we could very easily find some elderly who have a long-term understanding of their own health and needs, and are happy to commit to a top-storey unit.

“We have to be careful not to write off our seniors.”

Councillor Mark Peters, who sat on the sub-committee, said sub-committee members had decided there were enough “fit” seniors in Marlborough not to warrant a lift.

“From a health point of view, I'm a bit older than most [councillors] and I'm quite happy to run up and down stairs,” Peters said at the council meeting.

He said the council was even looking to build more two-storey flats to help seniors in Blenheim’s congested housing market, starting with the property next door.

The council wanted the first right of purchase for the property, which it was discussing with the current owner.

Peters said the hope was to “mirror” the 12 units already in the pipeline, bringing the total to 24.

Council property and community facilities manager Jamie Lyall said the council had left space and power for a lift, but wanted to wait and see if one was needed.

The stairs leading to the first-floor apartments were designed for people with disabilities, having a lower rise.

“We also proposed that the tenants we put in the top floors be active. There is a view that climbing upstairs does help them keep their activity levels up,” Lyall said.

“It would be no more costly to put [a lift] down in future than it would be today. But it is a large sum of money.”

Andrews’ motion, backed by Sowman, fell through without the support of other councillors. The topic could still be debated at the next full council meeting on May 13.

Feedback on the project could be submitted through the council’s long-term plan, which closed on May 10 at 5pm. The plan proposed putting $3.7 million towards the housing complex.

The council first approached not-for-profit housing providers Abbeyfield and the Salvation Army, as well as central government, to see if they were interested in developing the property but found no pursuable options.

So the council decided to develop the site themselves, with a design plan drawn up last year. The floor plans were similar to some of the council’s existing flats, based on tenant feedback about what had worked well.

Construction was expected to take about 14 months.

A report presented to councillors said the units would have heat pumps, but not air conditioning, and come with mobility scooter storage stations so tenants could keep scooters charged, safe and out of the elements. 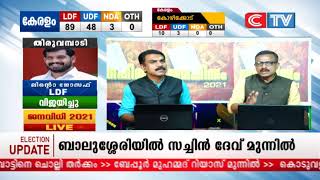 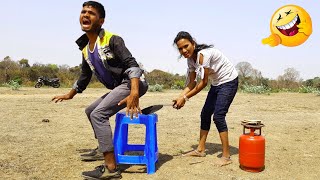