When the mood is dragging its knuckles along the gravel, hunting for a note of positivity is harder to find than an Arsenal goal. Ha! Get it? Because Arsenal can’t score!

Yeah, the emotions among the Gunners faithful would have overwhelmingly been anger, not humour. Although that said, when the third went in I found myself letting out a wee chuckle. Purely out of disbelief, above anything else.

Fans rightly vented their frustrations across the board, picking on individuals who’d had their worst performances either in red and white, or under Mikel Arteta. No point doing so, since almost everyone did the latter.

Mohamed Elneny and Rob Holding were two players who had magnificent performances at Old Trafford, but are now back to being slated vociferously for being woeful on the night. They were awful, that can’t be denied.

But everyone was bad. Not one player can hold their head up and leave feeling they gave enough. Bernd Leno, maybe? It was hard not to feel sorry for him out there. The worst display under Arteta was a culmination of the issues the team have in the final third, but heightened to new levels by a collective that fell drastically below the expected, and demanded, standards.

Arteta said after the game on the Arsenal website.

“I think that since I arrived here, it’s the first time that I’ve felt that we performed really under our standards and what we are trying to set at this football club. It’s unacceptable.

That isn’t reference to the display being necessarily bad, but instead alludes to the mentality aspect which was lacking from every individual.

How can you take solace from that? In the sense that it can’t get worse, you have to. You can never be sure, but we might see the same again in the future. Quite possibly. But there will be (should be) an acceptance here this is beyond unacceptable.

The manager must face his fair share of the blame, but there will be times where the team can carry an individual, but not themselves and ten others.

Nobody played well. Thus, nobody can theoretically play worse. Manager and players alike, this humiliation has to be channeled accordingly. We can compartmentalise the display, but just as the unity was absent, the collaborative must use the emptiness of that 90 minutes as a watershed moment.

A wake up call to redefine how they approach matches. A realisation for Arteta that his attacking blueprint needs major surgery.

And that, is about it for positivity. If you can take solace from that, it might make the next two weeks marginally more bearable. 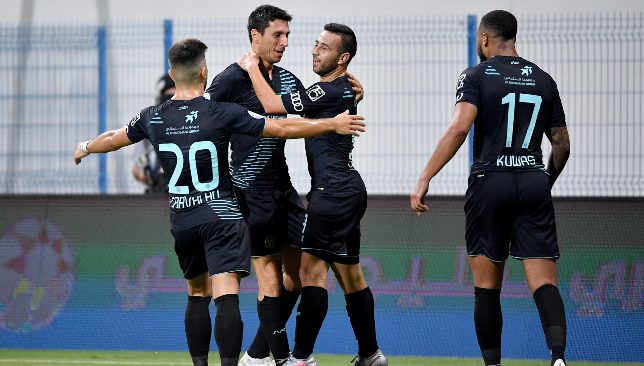