in cartoons the grim reality of indias covid 19 surge.jpg

Daily Covid-19 cases in India crossed the two-lakh mark on April 14, with an official death toll of over 1,000. This was the highest-ever rise in the country’s caseload since January 2020 when the coronavirus pandemic began. India now has 1,40,74,564 Covid-19 cases and has seen 1,73,123 deaths, and is the second-worst affected country in the world, according to Johns Hopkins University.

Despite a continuous surge in the number of cases, public gatherings like the Kumbh in Haridwar and election rallies in West Bengal have not been cancelled. Shortly after union health minister Harsh Vardhan blamed ordinary Indians for not following Covid-appropriate behaviour, prime minister Narendra Modi boasted of holding a “massive rally” in West Bengal as part of his election campaigning.

The 2021 Kumbh, which is currently underway in Haridwar, Uttarakhand, has been described as a super-spreader event by medical experts. With lakhs of devotees attending it, the Kumbh has already accelerated the rise of Covid-19 cases in the city and is expected to cause a huge surge in the overall figures of the country by the time it ends on April 30. State authorities have said that there are no plans to cut the event short in spite of the raging pandemic. Uttarakhand chief minister Tirath Singh Rawat has also gone on record to say that bathing in the Ganges River, considered holy by Hindus, will keep coronavirus at bay.

Amidst the election rallies and the religious gatherings, cartoonists from India have found ample inspiration to fuel their illustrations. Here are some of them.

This piece was originally published on Scroll.in. We welcome your comments at [email protected] 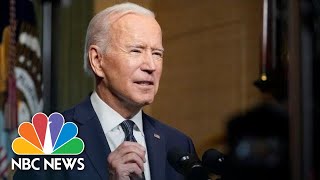